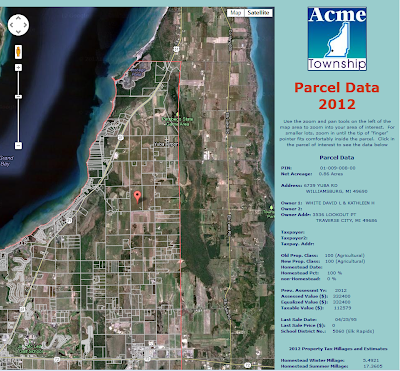 It works like this when you call up the URL:
My thanks to the fantastic Acme Township staff for providing the data that made this possible!
Posted by Howard at 10:58 AM